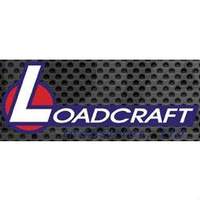 At present, Iraq still maintains a daily output of 3.3 million barrels a day. Rahemtulla notes that the potential loss of oil from Iraq if ISIS struck at oil fields in the southern provinces may not be missed. Production capacity in Saudi Arabia can combine with increased U.S. output to compensate, he adds; news of low-key U.S. military support even helped lower crude-oil prices.

Some experts are saying, however, that a serious drop in Iraqi oil production– say, a 1.5-million barrel loss every day- can trigger a price hike of 25% in the U.S. market unless a spike helps avert a recession. Such a development may prompt smaller oil firms to purchase used workover rigs for sale to help increase drilling efforts. On the bright side, the scenario has not developed due to tougher defenses by the Kurds in Iraq’s northern oil fields and a recently successful evicting of ISIS militants by security forces from an important oil refinery in Baiji town.
http://www.loadcraft.com/blog/keeping-top-caliber-workover-rigs-in-action-despite-oil-fluctuations